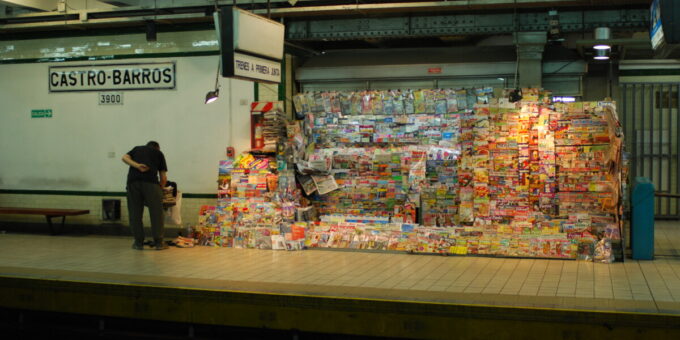 Although the Argentinian media system is a dynamic market that comprises numerous media outlets of all types, there is a major difference between the large media groups that tend to have a national reach and the rest of the media players that serve much smaller niches, according to a report analyzing trends in journalism funding in Argentina that was published today by the Media and Journalism Research Center in collaboration with Observacom, ICEP and the University of Santiago de Compostela (USC).

Among the main corporations, Grupo Clarín stands out. The company has largely dominated the media system for the last 50 years, being an influential player both economically and politically, according to the authors of the report, a research team led by Guillermo Mastrini, which comprises Agustín Espada and Carla Repetto.

Various media companies operating in the interior of the country, the areas outside the capital city of Buenos Aires, occupy a prominent place at the provincial level, especially due to their political influence. As for community and/or cooperative media, their political and economic impact is lower.

The state is a powerful economic actor mainly thanks to the volume of state (or official, as it is known in Argentina) advertising that has become a key source of financing for medium-size and small media. Official advertising reaches all media as the state spends ad money both at national as well as provincial and municipal levels.

Digital media are gaining ground, especially by boosting news distribution through the global tech platforms. These platforms (especially Google and Facebook) have established various funding mechanisms for Argentina’s news media through financial aid programs, yet they hardly compensate for the loss of income, a situation that endangers the country’s media diversity.