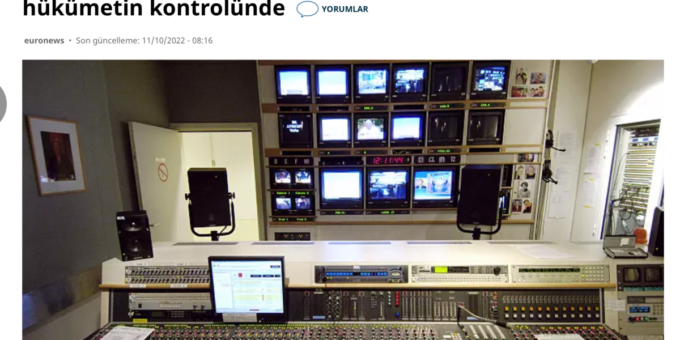 Euronews’ Turkish portal reported on the findings of the latest edition of our center’s State of State Media report, which covers 157 countries. The channel highlighted that some 84% of the world’s state media lack editorial independence, one of the study’s main findings.

The outlet also reported that all of the mainstream media groups in Turkey are included in the study as government-controlled outlets.

Euronews’ article can be read here.