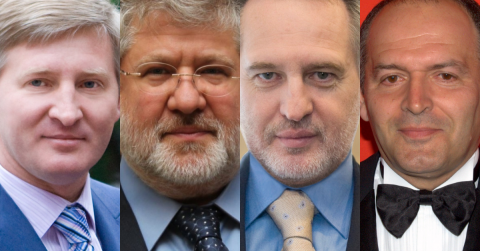 Since Ukraine’s independence in 1991 when people had access to only a few television channels, the television market in the country has flourished as a plethora of new commercial channels launched operations. Currently, the most popular television channels are controlled by the four largest media groups in the country: Media Group Ukraine, 1+1 Media, Inter Media Group and StarLightMedia, which also own numerous news portals and radio stations.

All these groups belong to oligarchs.

Their media not only shape the public opinion and political preferences according to their interests, but also control the largest part of the wealth generated in the Ukrainian media industry, according to the report.