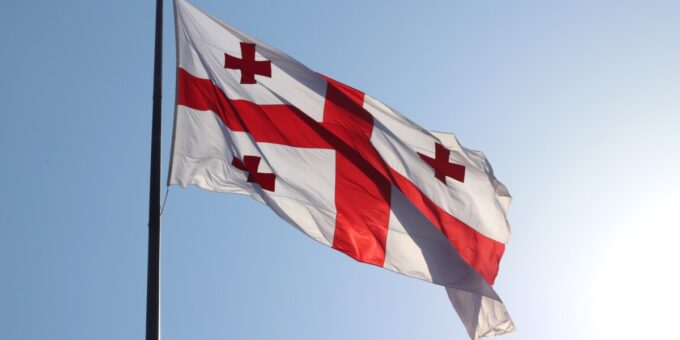 Georgia’s media legislation is considered to be liberal and progressive. According to Freedom House, Georgia has “the freest and most diverse media landscape in its region.” The media freedom and freedom of expression are protected by the Constitution. Article 17 of the Constitution and the 2004 Law on Freedom of Speech and Expression prohibit censorship. Exceptions are allowed only in cases related to state security or protection of the rights and dignity of others. Georgia was the first country in the Caucasus region that decriminalized defamation in 2004.

Another important piece of legislation regulating the media sector is the Broadcasting Law, which includes rules and procedures for acquiring broadcast licenses and regulates the activities of the Georgian public broadcaster GPB. In 2013, the law was amended to include must-carry and must-offer rules, which protect television channels from possible pressures coming from cable operators. Notably, print media enjoy generous benefits in Georgia. According to the Georgian Tax Code, the cost of printing and distribution of the print press is exempt from the value-added tax (VAT).

Freedom of information (FOI) in Georgia is regulated by the General Administrative Code of Georgia, which has been in force since 1999. It guarantees access to public information that does not qualify as state or commercial secret, or as personal data, within a maximum of 10 days. However, enforcement of these rules is still problematic. In 2013, the Anti-Corruption Network of the Organisation for Economic Co-operation and Development (OECD), noted that Georgia’s FOI provisions would benefit from a comprehensive revision. In recent years, local civil society groups have also advocated for improvement of the law. The government pledged to draft a new law on freedom of information, which is still an unfulfilled obligation. Following a set of good practices touted by the Open Government Partnership, a joint initiative of governments and civil society, most of Georgia’s public agencies set up websites that host troves of publicly available data.

Other relevant laws for press and media freedom include the Law on State Secrets and the Law on Copyright and Related Rights; broadcast networks and facilities are regulated by the Law on Electronic Communications. The Law on Advertising affects news media outlets, but does not have a direct impact on journalism or media freedom.

In June 2019, the Georgian Media Advocacy Coalition, a group of local NGOs, sharply criticized a series of proposed amendments to the Broadcasting Law. If adopted, the amendments will grant the GNCC the power to regulate hate speech, which is a task covered now by self-regulation. GNCC claims that the amendments were required through the country’s association agreement with the EU. Local NGOs, however, argue that European legal provisions for the media can be better fulfilled by strengthening the existing self-regulatory mechanisms in Georgia than by increasing the powers of the state regulatory body.

In recent years, the legal environment for media and journalism has experienced significant improvement in Georgia. Freedom House, a U.S.-based NGO, heaped praise on the country for sporting “the freest and most diverse media landscape in its region.” A smooth transition to digital broadcasting in 2015 and the signing of an agreement between Georgia and the EU led to improved regulation.

However, in practice, media policymaking and regulation remain heavily politicized following a long history of government meddling in the media

The Georgian National Communications Commission (GNCC), the country’s main media regulator led by Chairman Kakha Bekauri, is steadily losing credibility because of its non-transparent decision-making process and the political affiliations of its commissioners. A spate of reforms, carried out since 2014, helped bolster GNCC’s institutional capacity and improve accountability. But politicians are still exerting significant influence on GNCC: political favoritism spoils hiring practices and commissioners are in hock to political groups, according to the report, which analyzes the key trends in media regulation and policy in Georgia.

A few progressive and visionary influencers, including Lasha Tugushi, Nata Dzvelishvili, Zviad Koridze and Natia Kuprashvili, have risen in the Georgian media policy and regulation. But their power pales in comparison to the influence that political groups and wealthy financiers have in both policy and media operations. They include the Ivanishvili and Patarkatsishvili families, with stakes in large broadcast groups and solid connections in the political world.

A matured civil society has been increasingly effective in pushing back against political influence and growing ownership concentration. A new generation of media professionals has been snatching up top jobs in media companies and a growing number of NGOs help media become more sustainable, work to raise journalistic standards and influence media policy and journalism debates. But that is hardly sufficient to build a vibrant independent journalism sector able to compete with the country’s media behemoths.

A previous version of this report mistakenly stated the end date of Georgian National Communication Commission (GNCC) commissioners’ terms in office. In addition, the description of the ownership structure of Obiektivi was based on outdated documents. Those mistakes have been corrected. We apologize.

Taking into account a letter from GNCC, we added some clarification regarding Mr Bekauri’s qualifications. We also added a note reflecting legal changes in accordance with Article 64 of the Law on Broadcasting.